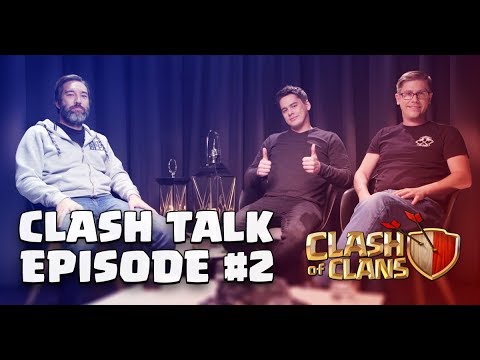 In our second Q&A video with Clash of Clans Community Manager Darian Vorlick, he is joined by Forum Moderators LachnessMeownster and Smolson.

Lach and Smolson ask some fun and interesting questions about what goes on behind the scenes at the Supercell office and what’s in store for the future of Clash of Clans.

1:05 – What should Clans be working towards when they reach Clan Level 10?
3:58 – What was the purpose of the Builder Base? Why not add PVP straight to the Main Village?
9:41 – What is the Clash Team’s vision for the end-game of Clash of Clans?
16:39 – Can you elaborate on what you meant by “gut feeling” in the previous Q&A video?
21:53 – Why can’t we use Heroes in war while upgrading?
25:09 – Why doesn’t the Clash team share what we’re working on in advance and get feedback from the Community?
31:30 – Why can we not have more than one name change?
35:59 – What is the Clash of Clans team working on next?

From rage-­filled Barbarians with glorious mustaches to pyromaniac wizards, raise your own army and lead your clan to victory! Build your village to fend off raiders, battle against millions of players worldwide, and forge a powerful clan with others to destroy enemy clans.
PLEASE NOTE! Clash of Clans is free to download and play, however some game items can also be purchased for real money

FEATURES
– Build your village into an unbeatable fortress
– Raise your own army of Barbarians, Archers, Hog Riders, Wizards, Dragons and other mighty fighters
– Battle with players worldwide and take their Trophies
– Join together with other players to form the ultimate Clan
– Fight against rival Clans in epic Clan Wars
– Build 18 unique units with multiple levels of upgrades
– Discover your favorite attacking army from countless combinations of troops, spells, Heroes and Clan reinforcements
– Defend your village with a multitude of Cannons, Towers, Mortars, Bombs, Traps and Walls
– Fight against the Goblin King in a campaign through the realm

Chief, are you having problems? Visit